The idea for this video was to blend together two different visual worlds: one where the band members are performing while using colourful double exposure, and one telling a story in a black and white space where emphasis is more on costume and a general Lynchean atmosphere.

The video was shot in three days at a studio in Stockholm. There were plenty of green screen shots to be able to produce the double exposure effects. A Ninja V recorder was used to capture in slow motion.

Some of the more challenging parts included stunt shots to produce the falling woman. The result can be seen in the video at several places, for example at 00.04.

The post production was extensive and required every shot to be rendered in After Effects with various levels of complexity. 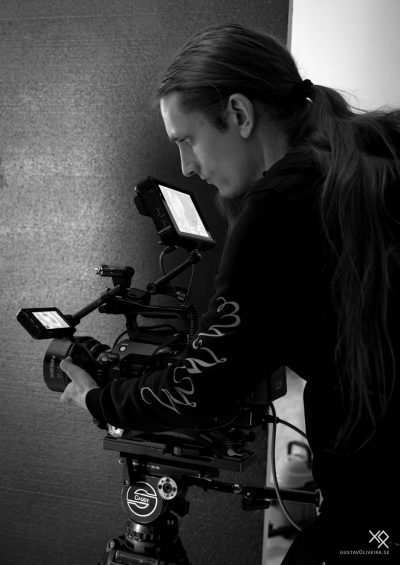